The regional epidemic models use methods similar to that used for the state-level model. Estimates are presented for the 11 Local Public Health Agency (LPHAs) regions in the state and for 7 counties within the Metro LPHA region with populations that are sufficiently large to allow for county-level estimates.

We use the model as well as COVID-19 hospital and case data to generate three measures for each region. These measures can be used to gauge the current state of the SARS-CoV-2 epidemic in each region.

The effective reproduction number (Re) is a measure of how rapidly infections are spreading or declining in a region.

Infection prevalence is an estimate of the portion of the population currently infected and capable of spreading infections. It can be used to gauge how risky contacts are. 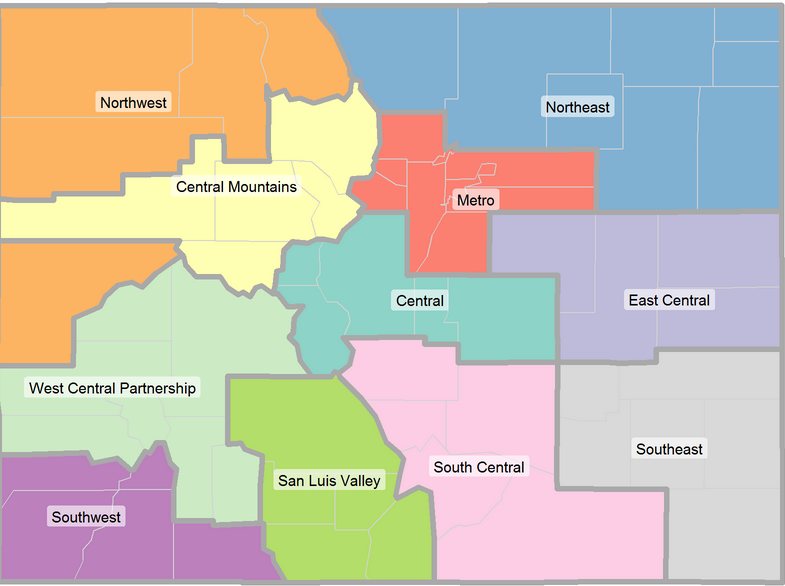 Note: Clear Creek, Gilpin and Jefferson counties are modeled as a single unit due to the small population of Clear Creek (9,379 residents) and Gilpin (5,924 residents) – populations too small to allow for stable estimation. 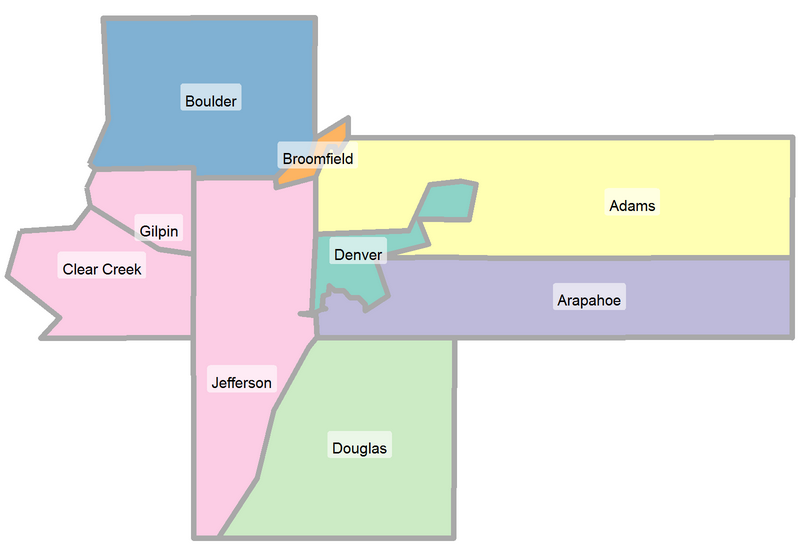 Download the report on the definition the local public health agency regions.

View the code used in the regional models.